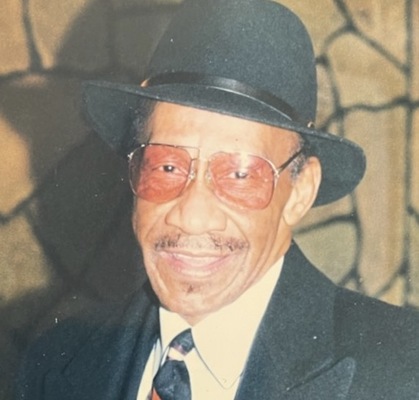 On Wednesday, August 3, 2022, Senora L. Martin (affectionately known as Don), loving father, grandfather, brother, and uncle went home to be with the Lord at the age of 87. One of the strongest men we'll ever know. Don was born April 19, 1935, in Cleveland, Ohio to Robert Martin and Bertha Ferrell. He grew up in Berea, Ohio with his four brothers Charles, Raphael, Daniel, and Standford, which all have preceded him in death. The Ferrell's were one of the first African American families to reside in Berea. After high school, he enlisted into the United States Air Force in July of 1956.

Don was stationed at Scott Air Force Base in Belleville, Illinois, where he served as a Second Class Airman, for a term of seven years. Professionally, he performed many administrative duties for the Air Force. He earned a Good Conduct Medal, along with an Air Force Longevity Service Ribbon. Outside of work, Don enjoyed socializing and skating. It was during this time that he met and married his first wife, Edna Jean Leamon. From their union came five children, Diana (Frank), Donald, Layton (deceased), Kenneth, and Anthony. In 1958, while being deployed in Tripoli, Libya, he was known for giving the best parties on base. After two years of service in Africa, he was discharged with honors and spent time in St. Louis before returning home to Cleveland.

Once home, he was hired at Uniroyal/ Goodyear Tire as a district manager, where he also received awards for exceptional management skills. Don remarried to his second wife, Gloria A. Lovelace and from their union came two children, Patricia (Ivory), Senora, and a bonus son and daughter, Glorena and Calvin. In his free time, Don continued to enjoy socializing and partying. If you knew him, you knew where to find him, at one of his favorite places, "Tuckers Casino".

To order memorial trees or send flowers to the family in memory of Senora Layton Martin, please visit our flower store.