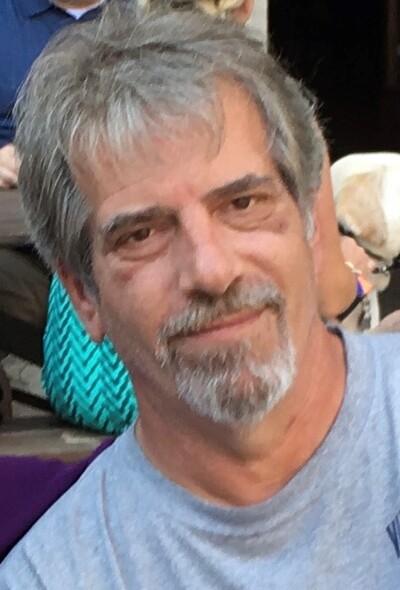 He had retired from Bartending a year earlier, where he spent most of his career working in the downtown Cleveland area, and loved working in major hotels.

With his unique personality, he maintained many close friendships with his co-workers and had many lifelong friends dating back to high school.

Lou was born on November 3, 1955, in Painesville, OH, the older of four sons born to Mary Ann Gavelda and Robert Louis Ames, Sr.

He graduated from St. Mary's (1970) and Harvey High School (1974) where he excelled at football and was team captain.  After high school, he joined the Air Force in 1976, where he spent time as a crew member of air recon flights, flying into and researching hurricanes.  During that time, he married the current Rita (Curtis) Harrington and had his only son Nicholas Ames, who was his pride and joy.

Lou is preceded in death by his father, Robert Louis (Bob) Ames, Sr; his grandparents, James and Carmen Arp, and his youngest brother Ronald Ames.

He is survived by his son, Nickolas Ames of Youngspoint, Ontario, Canada; his mother, Mary Ann Gavelda, of Painesville, OH; his brothers Lawrence (Teresa) Ames of Ashland, OH and Stephen Ames of Ashburn, VA; his nephews Grant, Zachary, Nolan, Alex, and Daniel; his girlfriend, Martha Free, of Cleveland, OH; as well as extended family members and friends. In lieu of flowers, donations may be sent to your favorite charity or This is my Brave (thisismybrave.org), a non-profit founded by his sister-in-law to destigmatize mental illness.

A celebration of life event will be held at a later date.  Details to follow on his Facebook page.

To order memorial trees or send flowers to the family in memory of Robert Louis Ames, Jr., please visit our flower store.