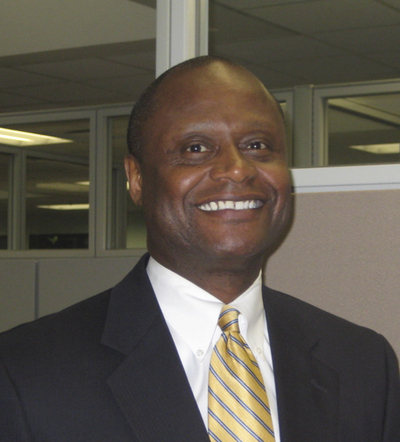 To Watch The Livestream Please Click Here
On Sunday, April 18, 2021, Cornelius L. Lemon, a loving father and devoted City of Cleveland Investigator, passed away at 60 years old. Family surrounded him at his time of passing.
Cornelius was born on October 01, 1960, in Cleveland, Ohio. He received his bachelor’s degree in paralegal education in 2006. Cornelius continued to earn his master’s degree in Business Administration in 2007, both from Myers University in Cleveland. He worked as the Chief Legal Investigator for the Cleveland Law Department from 1994 – 2008 and as an Internal Affairs Investigator for the Cleveland Utilities Police from 2008-2020. He held the position of Chairman of the Northern Ohio Damage Prevention Council from 2008-2013. Cornelius was also an amazing father to two daughters, Chante and Courtney.
Cornelius had a passion for singing and loved to perform. He enjoyed fishing with his friends and family and loved to take the boat out whenever he could. He loved to be active, walked the Metroparks, rode his bike, or roller skate on summer days. His neighbors and co-workers loved him. He was known for his quick wit, passion for justice, and honest nature. Cornelius was respected as someone who was always there for others.
Cornelius was preceded in death by his father, Eugene Lemon. He was survived by his mother, Dorothy Lemon, his daughters, Chante Lemon and Courtney Lemon (Miguelangel Vazquez), a granddaughter, Miley Vazquez, two sisters, Deathia Stirtmire and Sharon Lemon, and two brothers, Michael Lemon and Barry Lett. He also leaves behind several cousins, nieces, and nephews.
Family and friends are welcome for a Memorial on Monday, April 26, 2021, at Slone & Company Funeral Directors 13115 Lorain Ave, Cleveland, Ohio 44111, at 5 o’clock p.m. Flower donations may be sent to the funeral home.

To order memorial trees or send flowers to the family in memory of Cornelius Lemon, please visit our flower store.